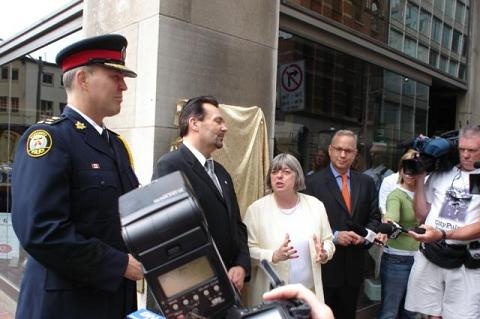 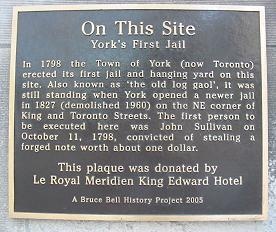 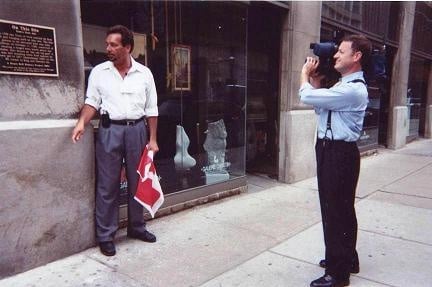 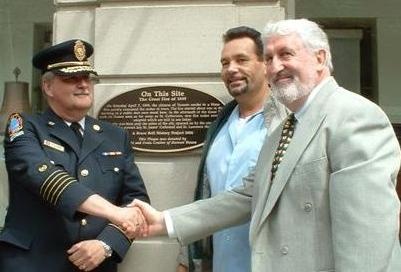 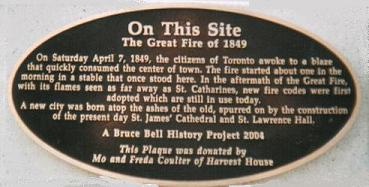 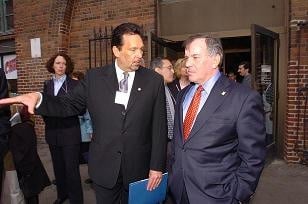 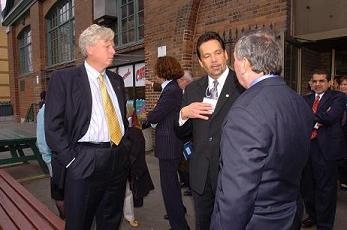 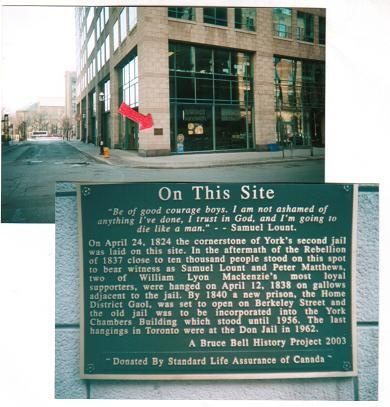 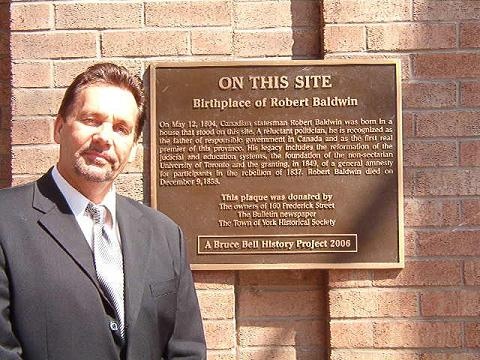 Plaque Unveiling of the Birthplace of Robert Baldwin 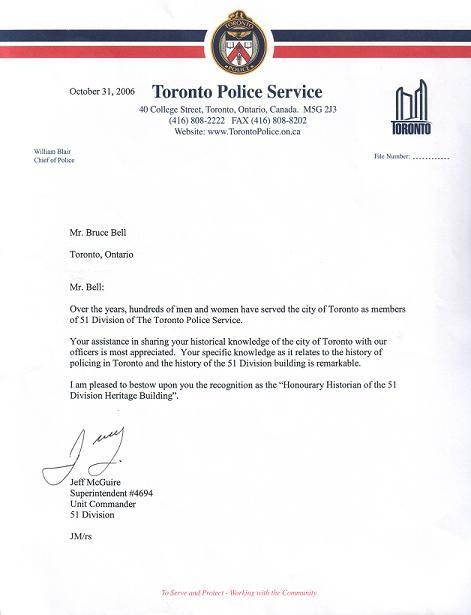 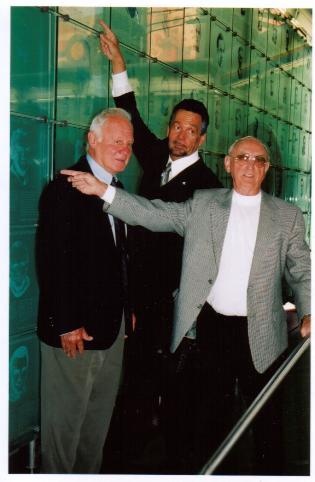 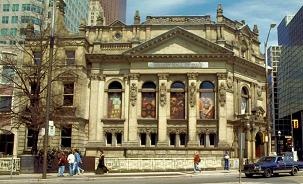 Suites at One King West & the History of Toronto

This unprecedented ‘museum’ is located in the historic Dominion Bank Building with its modern 50 story addition on the SW corner of Yonge and King now renamed ‘Suites at One King West’ downtown Toronto’s newest hotel/condo development. This exhibit includes photo’s (past and present), maps, documents, renderings, and the detailed story of Toronto’s history throughout the entire building both the in historic Dominion Bank section as well as the new tower. Each floor has a large panel next to the elevator telling guests about a particular event, person and historic building in Toronto’s past. For example the 5th floor is entitled Palaces of Power: Toronto’s City Halls and tells the story of Toronto four City Halls, the 2 most famous of course being Old City Hall and New City Hall on Queen Street. The 6th floor tells the story of Toronto’s great homes including Campbell House and the Grange which are in walking distance from the hotel. The exhibit was put together by myself with the help of Dana King and was the brainchild of maverick developer Harry Stinson.

Part 1: James Austin and the Dominion Bank: The Early Years

Floor 10: History of Theatre Part I

Floor 12: (The Austin Gallery) The History of James Austin and the Dominion Bank

Floor 15: History of the Railroad in Toronto

Floor 22: The History of Toronto Street

Floor 39: The Bank of Upper Canada 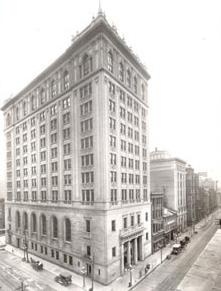 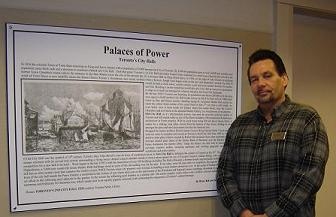 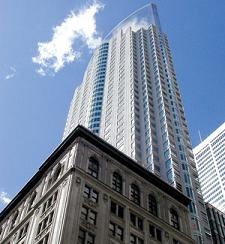 Suites at One King West today

In May 2006 Bruce Bell along with the Market Gallery put together a series of portraits of some of the well known people, who either lectured, sang, danced or were entertained at St Lawrence Hall during the 19th & 20th centuries. This portrait gallery is on the third floor of St Lawrence Hall in the anteroom of the East Room (formerly St. Patrick’s Hall)

King Edward VII (as the Prince of Wales) 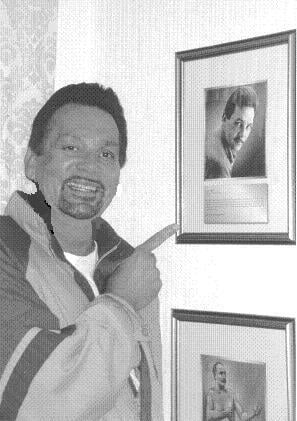 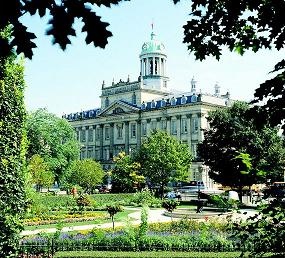 Bruce standing beside his portrait in St. Lawrence Hall 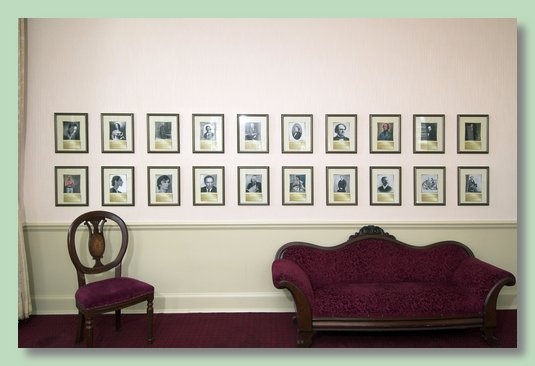 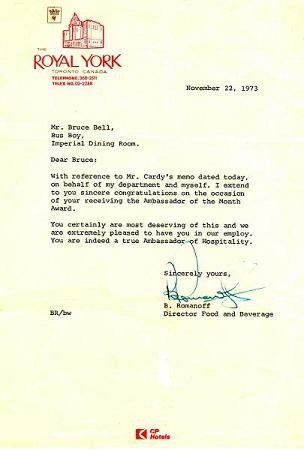 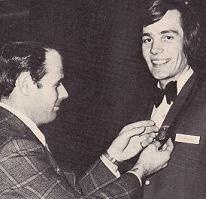 And many years later in 2007 Bruce Bell is named Honourary Historian of the same hotel, now called the Fairmont Royal York Hotel. 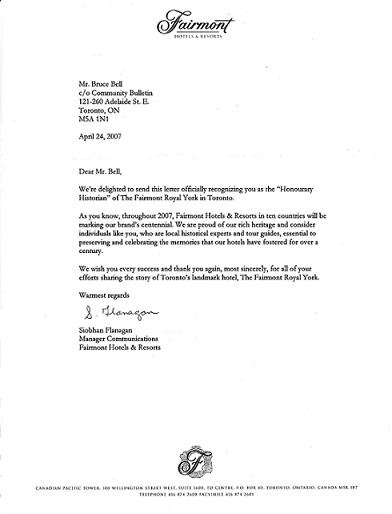 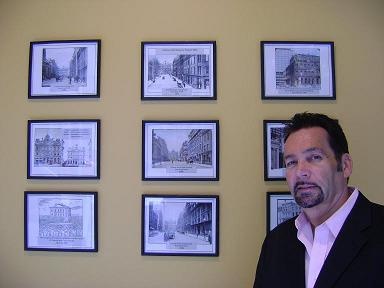 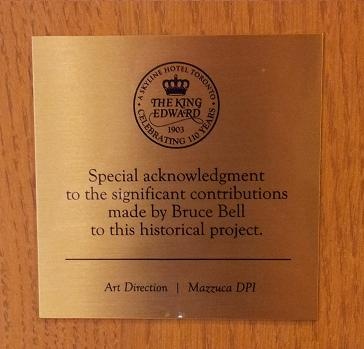 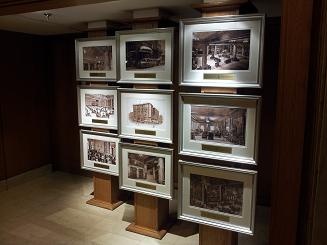 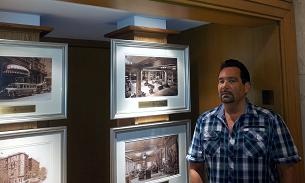